Just spent a fantastic 10 days in Iceland, primarily on a bird-ringing expedition as part of Operation Godwit, studying the islandica race of this beautiful shorebird. However, it wasn't all ringing, and I got to see some amazing landscapes and a host of incredible bird species. 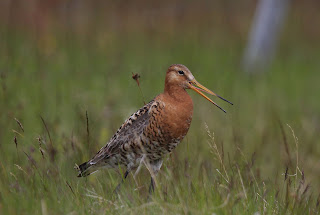 Most of our time was spent in the far north-west, in the West Fjords, where the scenery is massive and there are breeding birds everywhere. Before we arrived in the north-west, we took a trip to Flatey, a tiny island home to thousands of breeding waders, terns, ducks and some seabirds. A full day here was a magical experience, with Redshank and Snipe on every fencepost and Red-necked phalaropes running around your feet. 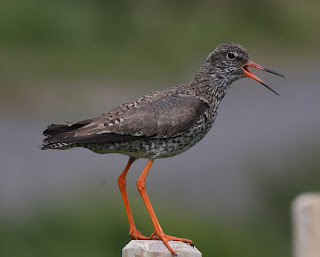 We were attacked by screaming flocks of Arctic terns as we approached their breeding colonies, Black guillemots perched and twittered on rocks, Fulmars battled the wind and Purple sandpipers scuttled around the seaweed. A small pool in the centre of the island was a regular pit-stop for Red-necked phalaropes, and two Grey phalaropes (a rare breeder here) dropped in briefly. 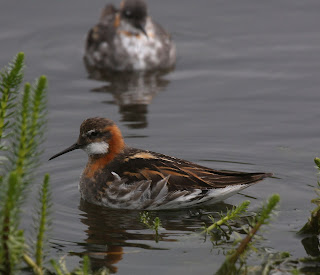 The following few days were spent chasing wader chicks, and we managed to ring broods of Golden plover, Ringed plover, Dunlin, Purple sandpiper, Redshank, Oystercatcher and Whimbrel plus a few Arctic terns.
A trip to the famous seabird cliffs at Latrabjarg gave us the spectacle of thousands upon thousands of breeding auks, including Brunnich's guillemot - a stunning sight. 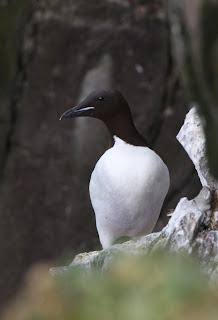 We also managed a small cannon-net catch of 13 godwits and about 60 Redshank, plus managed to catch ten adult Red-necked phalaropes on a small pool.
Other birds seen whilst we were out and about were White-tailed eagle, Great northern and Red-throated divers, Scaup, male King eider, Red-breasted merganser, Goosander, Harlequin duck, Glaucous gull and Merlin.
Passerines are thin on the ground but nealy every tree or bush held singing Redwing and Redpoll, Northern wheatears flitted amongst the scree slopes and Snow buntings were relatively common throughout. A quick glimpse of an Arctic fox was well-received. 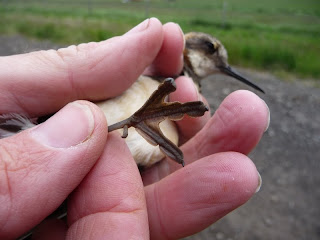 After the West Fjords, we headed east to Reykholar and spent a few days again ringing wader chicks - mostly Whimbrel which are extremely common breeders here. Any large freshwater pool held many Red-throated divers and Slavonian grebes, plus we also had our only Long-tailed ducks of the trip. 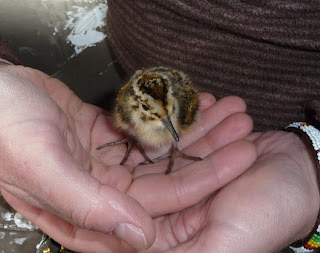 Overall, Iceland is a truly amazing land - views to die for and the entire country is a breeding colony for waders, gulls, terns and wildfowl. You can't help but be amazed by the sheer volume of quality birds.
Posted by Blue Chaffinch at 12:41 0 comments